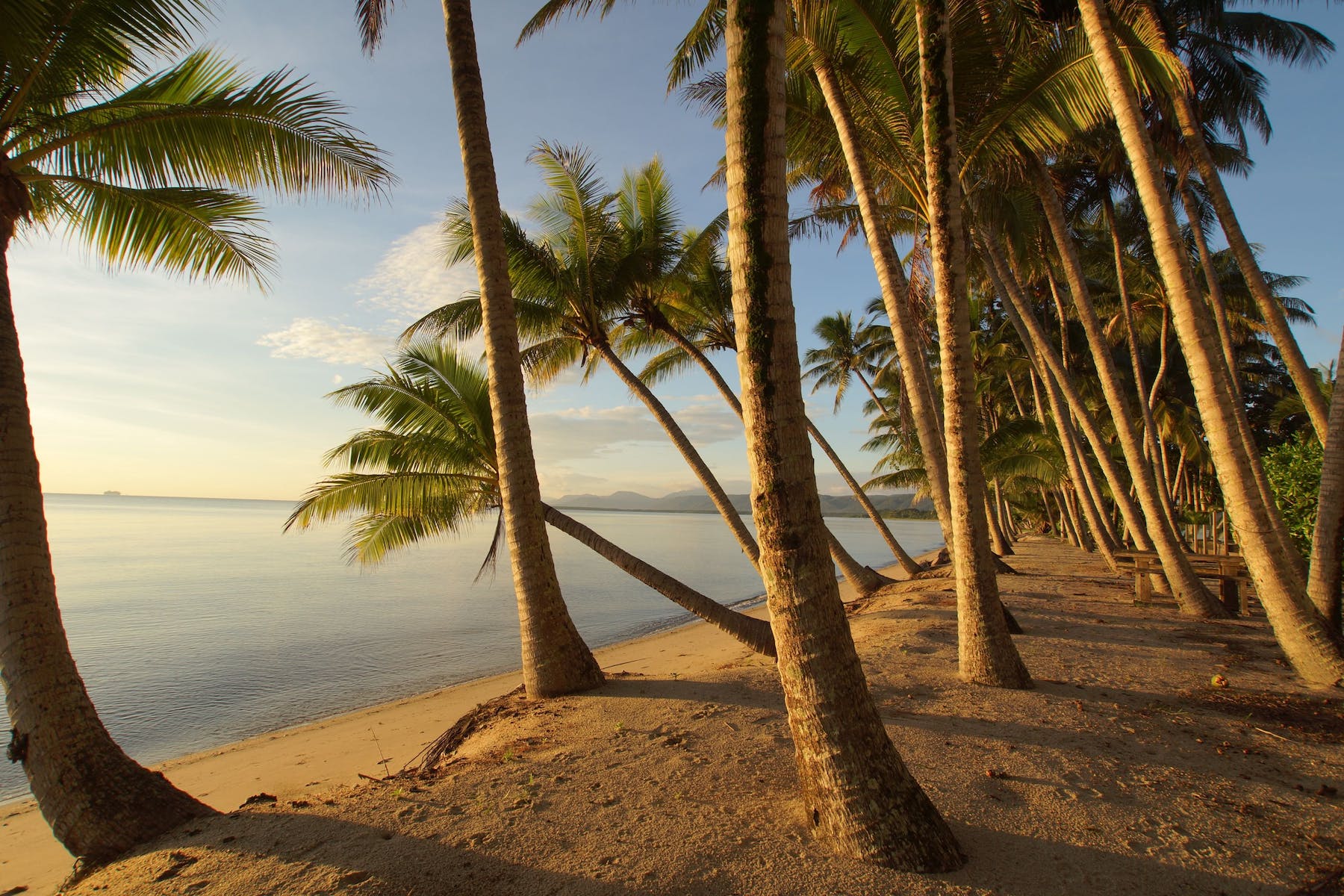 Tucked away between glamorous Port Douglas and the vast wilderness of the World Heritage listed Daintree National Park is the sleepy beachside community of Newell Beach.

Newell Beach boasts spectacular views to Port Douglas in the south and the lighthouse on Low Isles to the east. The two and a half kilometre beach is clean and pristine and is bordered to the north and south by estuaries.

Fishermen are well catered for with boat ramps at the northern end of the beach and at Saltwater Creek. The nearby estuaries are brimming with good eating fish but remember to be on the lookout for crocodiles at all times. Sitting at the mouth of the mighty Daintree River, nearby Snapper Island is a Mecca for local anglers. Barramundi can be found in nearby Daintree River and fishing off the beach can also prove rewarding.

Newell Beach has a convenience store and for groceries, banks, post offices, hairdressers and for anything else, the sugar town of Mossman is just minutes up the road.

On site vans and self contained units can be found at the local caravan park and there are also beachside holiday houses for rent.

Newell Beach is only one and a half hour’s drive north of the Cairns International Airport and just 10 minutes from Port Douglas.