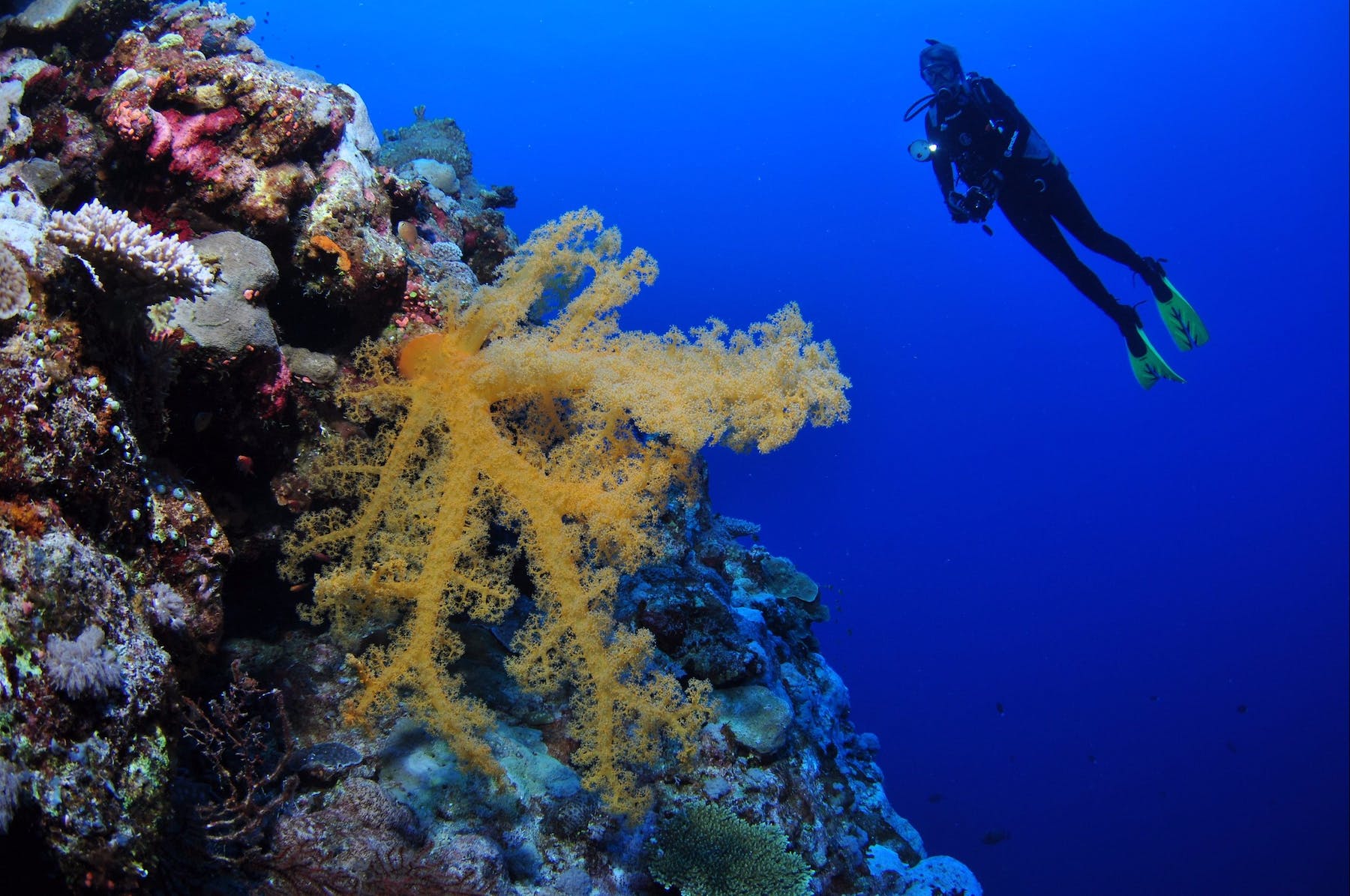 Holmes Reef is the closest Coral Sea Reef to Cairns and is often visited on special expeditions to the Northern Coral Sea. The reef is actually split into two sections, known as East Holmes and West Holmes, and both have large lagoons with safe anchorages.

Walls and pinnacles are the big attraction at Holmes Reef, with both featuring great corals and marine life. Popular wall dives include Golden Wall, The Cathedral and The Abyss, with each of these sites having walls dropping into one kilometre of water. Decorating these walls are large soft corals and gorgonians, and patrolling the blue are pelagic fish, turtles, eagle rays and reef sharks.

Two giant pinnacles at Turbo and Nonki are also must-dos at Holmes Reef, with these towers of coral rising from 35 metres. Each of these pinnacles is covered in beautiful soft corals and is home to a great range of reef fish. Also common are reef sharks, schools of trevally, barracuda, stingrays, tawny nurse sharks and turtles.