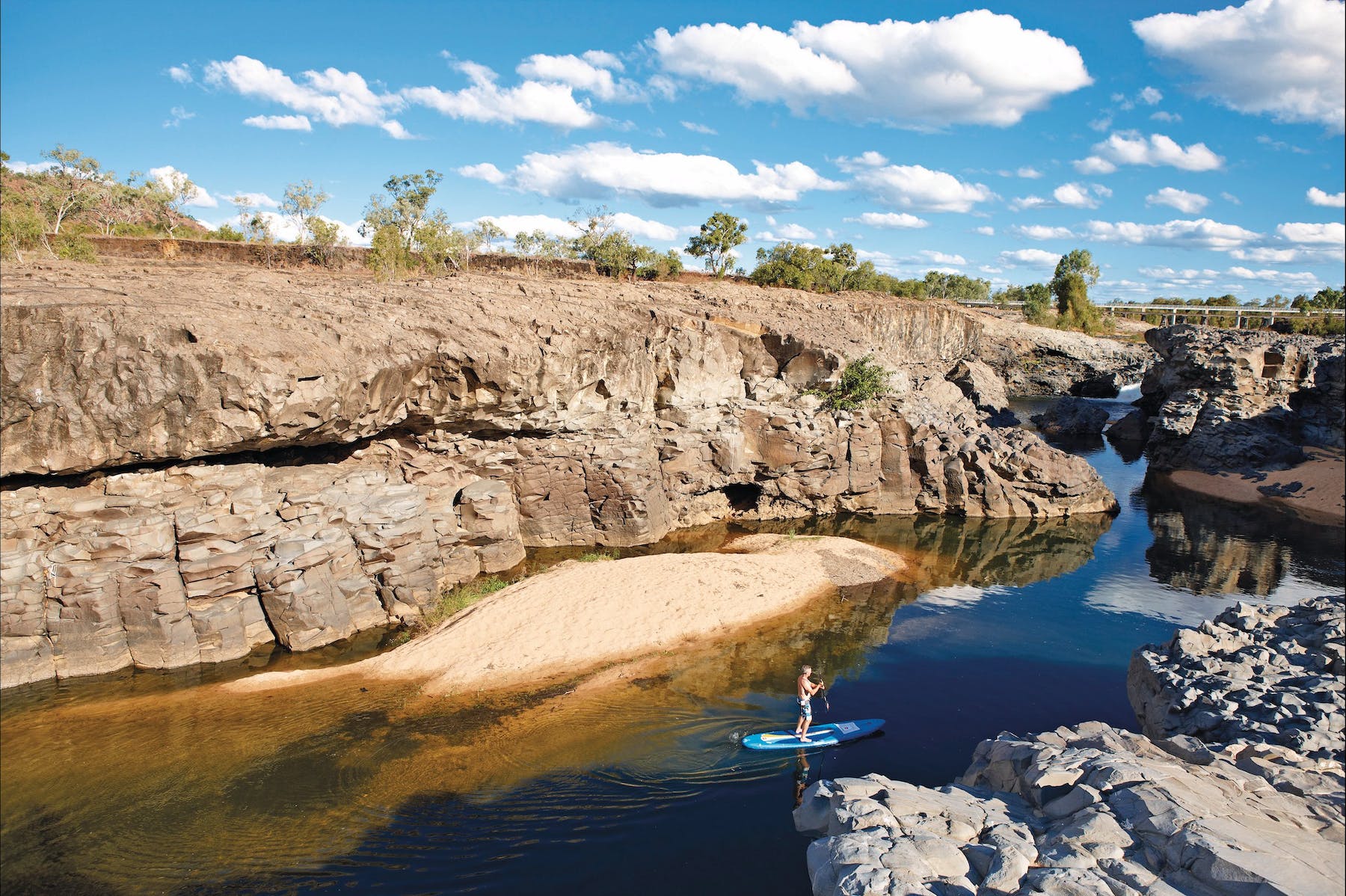 Einasleigh in the 21st century is only a small community – there are no shops however there is a hotel where you can purchase food. You can also top up fuel here or get food from the roadside caravan takeway, under a massive tamarind tree thought to be more than a century old.

This old copper town on the Savannah Way alternate route offers some points of interest. The Copperfield Gorge is a major feature with deep, cool chasms and quiet beaches. Peak your geological interest by counting consecutive lava flows at the Gorge, created from the McBride Volcanic Province.

In the 21st century you reach the community an the alternate route south of Georgetown and Mt Surprise. Once it was the centre of industry. In 1900 base metal prices were high and copper deposits were developed here and at Ortona. The Chillagoe Company established a smelter and created a private rail link from Almaden and then on to Forsayth and Charleston. Einasleigh became a stop on the line when it was completed in 1910. Travel by road or by the Savannahlander rail service to this township.