The soldier statue, believed to have been designed and executed by the region’s then leading monumental firm Melrose and Fenwick, bears other unique features: a gas mask and a tin hat, instead of a slouch hat; rocks support the digger’s leg instead of a tree stump. Originally the digger carried a rifle with a fixed bayonet in his left hand, which was blown off in a severe storm in 1934.

The names of the 67 men from the district who died in WWI are listed on a plate at the front of the monument; another 35 names, representing locals who died in WWII, appear on the rear.

This monument was moved from the town’s main intersection and sits within a park, opposite Atherton’s RSL building. 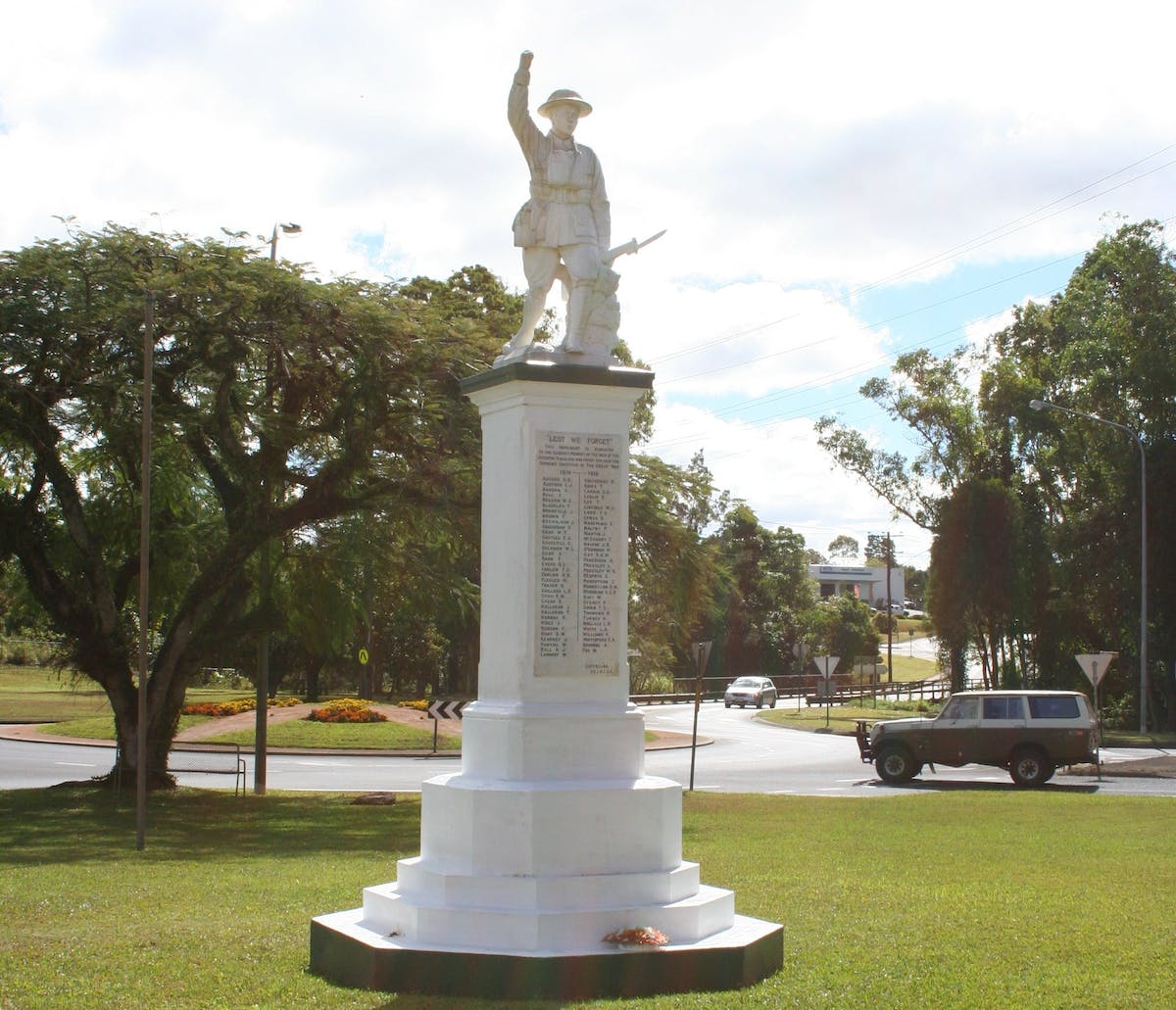